He’s there when you need him the most. The munchies. The morning after, when the stomach rumbles and tumbles, jack in a box, spinning in all directions possible, nailing the triple back flip, dancing to be fed. Mornings routines are always so dramatic.

Unfair even. Making you suck it up and answer the inevitable question of carbs v/s proteins, potatoes v/s bananas, muesli over cheese. You wake up feeling like a king, ready to feast on the day’s bacon and by breakfast you’re the pauper again – angry, unfed, loosing the liquid battle of too much water in your masala oats. Oh masala oats. How I crave a revolution.

Do you hear the people sing? Singing a song of hungry men? It is the music of a people who will not be slaves again!

It was on one such inspired dawn that I happened to meet the man who would change my mornings forever. Anna. That’s what they called him. No one knew his real name. Anna, the local idli guy. Anna, good old Anna, the bringer of fresh cheer and morning high. Anna, the Tamilian, maybe Malayali, or was it Kannadiga, idli guy, who occupied a blissful bylane of Santacruz West, selling warm idlis for a steal, with just a cycle and a smile for company. Anna, lord help him Anna, whose idlis were as soft as peaches. Chutneys that sure spit a bite.

This is hard. So hard.

You see Anna wasn’t like the other idli guys you might have met. He didn’t offer the customary shebang that goes with the profile. No incense. No gunpowder. No lined lungi for legitimacy. He was all about the idli. The perfect shape. The right viscosity. The tensile strength. A performer. A magician. A maverick with his hands. The idli Scott of his times. Serving, wrapping, returning his masterwork and your exact change in less than 15 seconds. A real businessman. Cut-to-cut. No pleasantries attached. Not even eye contact. Sometimes I wish there was some. I wish I could tell him how I really felt. Ah…

This was one of his more peculiar traits – eye contact. He never made any. Almost going about his business with a fine fidgety edge, quick to serve and dispense, never encouraging chitter chatter, a quiver of the index finger and upper right lip. No handshakes. No cyu laters. Only translucent bags. A lot of sweat. He seemed uncomfortable even, as if some larger powers were at play. Something deep. Something dark. Something dangerous. Illegal. Its like he sold idlis like he was selling drugs.

And I knew, I just knew there was something foul. I had smelt it in the air. And it wasn’t the guys eating missal paav next door. Maybe the local police was involved? Had they given him a hard time just because he was a late entrant into the breakfast game and had taken it by storm? Was the local vada paav lobby behind all this? Maybe the Matunga mafia? Not the Marathi manoos? No. No. It couldn’t be. Rice is the grain of the nation. We’re all bound by the belly as brothers. This was gunpowder of a different kind.

I’ve seen Breaking Bad mind you. I know what happens to perfectly good-natured men who get caught on the wrong side of the batter. Maybe Anna had a serious problem on his hand. Maybe there was an emergency. Maybe his real name was M.S. Subbulakshmi. I don’t know. It’s all so bloody confusing.

And sure. You might think I’m being overly dramatic, but I’m not. I’ve seen things. I saw him. Selvam.

It was a Monday morning I guess. I was late for work and needed a quick hit. A classic splash and dash I presumed. I rushed to Anna, signaling the usual from afar. But something was amiss. Anna seemed more anxious than usual. His eyes flickered in quick succession; the pocket-handkerchief could feed a thirsty slum. His moves were sloppy, the chutney dripped and dapped, the idlis were dull and lifeless. He wasn’t alone I quickly gathered. Standing next to Anna, towering above rather, was a man I’d never seen before. He seemed to be in a hurry, almost waiting for the crowd to clear up before making his maiden pitch. Anna seemed to know what was about to happen, but he kept a brave front, almost shielding us from the events that were to follow. He was proud man like that. A true servant of the people.

The large gentleman soon became impatient and let out a short, assertive hmm. The kind that typically gets things going. I was the last one to get my fill, so I lingered. Just to be sure, just to help in case I was required. It wasn’t asked for. He signaled Anna to walk ahead almost like a prisoner being directed to the gallows. All I could see was a solitary auto rickshaw a feet away. Then, he muttered the word that I would only later begin to fully comprehend. “Selvam”.

Anna shuddered. I fluttered. This seemed like a story well beyond my city boy purview. But I couldn’t leave. I stayed. I walked alongside my captive friend, twiddling gibberish on my phone. Classic sidekick stuff.

From my angle, all I could see was the left edge of the auto. It had a fresh coat of yellow and green. Gentle instrumental music played from the front. An incense stick was wedged firmly into the left side view mirror. This was no ordinary auto I figured. An arm crept out eventually. Selvam. Just the arm. No face, no shoulder, no body. A white linen shirt. A gleaming gold bracelet. A scar if I remember right. Anna shook his hand reluctantly. Starch was all they had in common. Maybe Ram Gopal Varma. He offered some idlis to break the ice, but the move was swiftly rejected. Selvam wasn’t looking for breakfast. He was here for his free lunch.

I saw Anna twitch violently, this time taking extra caution to assess his surroundings. Then, without warning, he dug deep into the recesses of his undershirt and produced a wad of notes, packed tightly in his patent translucent bag. The bag was poor quality, and the notes were clearly visible. A week’s earnings I would assume. A heated discussion followed. Anna smiled and trembled in variation, Selvam clenched and unclenched. The rings on his fingers did most of the talking. His wookie, the mute Chewbacca, meanwhile tapped Anna shoulders now and then, as if to remind him of a previous presentation. Eventually I saw my dear friend relent and pull out another set of notes from his left trouser pocket. The new notes were soggy. So was this blasted scene.

I asked Anna about Selvam once the auto left, but he seemed reluctant to oblige. Smiling, hiding his pain, he seemed a man broken in this suburban culinary war. Selvam, he muttered. Selvam, he smiled. That was the last I saw of Anna.

It’s been over a month now, but there’s been no sign of Anna ever since. No news, no note, no nufing. Things are really not the same. Dawn has lost its colour again. The sparrows have disappeared. The masala oats have returned. I’ve stopped carbohydrates in protest. Hoping, maybe, I don’t know, to please the gods someday. Atkin Anna would be proud I think. The fat is gone, but the pain, the pain still remains. Nostalgia is a horrible thing. 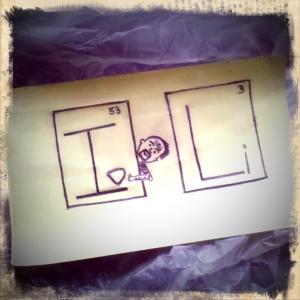 5 thoughts on “ANNA, THE IDLI DEALER”