(this story was first published on http://www.filmcompanion.in on 13th June 2016)

It was 8 pm at night and Wes Agrawal was sitting in his lavish suite at The Beverly Hills Hotel, sipping on some warm Darjeeling chai. The night before the Oscars. What a year it had been!

His latest release, The Grand Nainital Hotel had opened to raging box office reviews. And no one was more surprised than The Wes himself, considering the uniqueness of its plot. The story of the legendary concierge Rustam Patel and his lobby boy Hero Moustafa as they voyage across the slippery slopes of Himachal Pradesh in search of the rightful heir to one Little Flower Hall, Ranikhet. It was a story straight out of a Pandit Wodehouse novel. With a classic Wes touch, of course. The film had received 9 nominations, including one for background set design. Wes had planned to share that with the Shimla Tourism Board if he won. Correction: He had agreed to share it in exchange for zero press coverage on Owen Wilson’s antics in the Manali hinterlands.

But all that was for tomorrow. Tonight, Wes was feeling contemplative. He had completed 15 years in the business, and what did he have to show for it? A few Stardust critics’ choice awards? This was, in fact, the first time he had even been considered by the Academy of Motion Pictures. And that was just not cool. 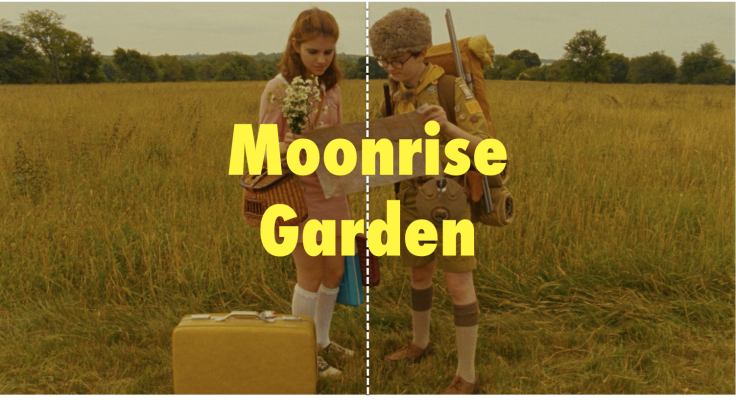 His last release, Moonrise Garden, had been largely panned by the critics for encouraging hormonal teenagers across the world. The story traced a pair of young lovers who flee their New Friends Colony homes and hide in the shady environs of Lodhi Gardens instead. This causes a local search party; including the sub-sector-inspector, played by the brilliant Bruce Kumar Willis to fan out to find them. The film did well at the box office, but much of the profits went into repaying the next-door Habitat Center for their night parking charges. Those privileged hipsters.

Some say that Wes has become a little distant from ‘the scene’. He doesn’t like LA; he doesn’t work in Hollywood, and still insists on living in that farmhouse in Mohali. But Wes didn’t think that was the problem. He just felt his ideas were a little ahead of their time.

Take his stop motion animated feature for example – Fantastic Mr.Ox. A telling masterpiece that captured the complex dilemma of an urban ox as it tried to resist returning to its original farm raiding ways in Punjab. The story takes a turn as Mr. Ox is forced to help his community of farm animals, including Bindya the bakri, survive the milk vendor’s sudden retaliation. The stop motion technique gave this film a delicious charm, not dissimilar to the original story by the famed Rahul Dalal.

Sometimes, Wes feared that ‘his quirky image’ was a doing of other directors who were unhappy with his success. For instance, his railroad epic The Muzzafarpur Unlimited had created quite the furore in the community. Anurag Kashyap even openly questioned Wes’s near idyllic depiction of rural Bihar. The lack of blood and gore, the adherence to bright orange pastels (and pistols) and the use of music from The Who for key chase sequences was ‘apparently’ not reflective of the ‘local culture’. But Wes had never cared about that. He had his own voice, and that was that.

What better example of this avant-garde attitude than his oceanic extravaganza –The Life Traumatic with Sarvesh Zissou. Producers told him it was impossible. They said it would go over budget. But Wes, oh Wes, he was deeply moved. Says IMDB: “After his business partner chokes on a mythical fried squid during a fishing expedition, famed oceanographer Sarvesh Zissou rallies a crew of misfits to find and hunt down the chef who may or may not have used the new Philips air-fryer everyone had been talking about. How could you fry a squid with just air? Maybe the lack of lubrication killed his partner? The film was considered too complex a theme, but ardent fans swear by its underwater cinematography and seamless product placement.” Also, the use of red monkey caps instead of fishing hats was considered a costume coup.

Maybe it was time for Wes to return to his roots and explore another familyesque dragedy like The Royal Tenenbaumbanis. The epic saga of a dysfunctional Sindhi family who reunites one last time for their father’s dying wish – a papad and chaas party. The story ticked all the right boxes: drama, laughter, love, incest, even a mandatory slo-mo helicopter scene, making one Karan Johar extremely uncomfortable.

This last film had been particularly personal for Wes, having grown up as an awkward child in a house filled with over performing engineers. His love for the movies had made him shun the family ball-bearing business, and this was his fitting reply to the folks that gave him a middle name like Biloo.

But much of this has been written about in the past. With these 9 new nominations, Wes Agrawal was now staring firmly into the future. So much so that the tea was now cold, but Wes was too preoccupied to even notice. What would he do next? Maybe another animated feature? Maybe this time with dogs? Dogs seemed like a popular subject. Maybe he would make it like those Japanese style anime cartoons? Maybe he would shoot it in Japan? Hell, maybe even dub it in Japan? Maybe he would call up his friend Bill Murray? Hm. Or maybe just order some chole bhature. Mmm